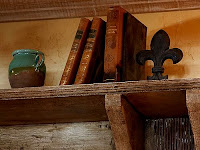 Recently, a critique partner, knowing that I enjoy research and writing biographies, suggested that I take a look at the life of Conchita Cintron, perhaps one of the best known female bullfighters of all time. And so I began. I discovered that she wrote her memoirs and that her mother wrote a book about her as well. Other than that, most of the other sources take their information from those two books.

The life story revealed in the books is especially fascinating because she accomplished her fame in just fourteen years, beginning when she was thirteen and ending when she was twenty-seven. She didn't start out, however, to be a matadora. Rather her interest, from the age of three, was horseback riding. However, she was not satisfied with just riding, and before long had talked her instructor into teaching her to become a rejoneadora (a bullfighter on horseback).

The rest, as they say, is history. I'm looking forward to making her life story one that will be enjoyed by young adults, who don't mind a little blood along the way!
Posted by Peggy C. at 2:16 PM No comments:

After a good workshop presented by SCBWI Regional Advisor Heather Powers, I have updated the look of my blog and am in the process of adding pages about each of my published works. I invite you to take a tour of my "new look" blog.

I currently have three books, two collective biographies (Fearless Females and Deerskin Daughters) and one biography (Martin De Leon) looking for homes in the publishing world. My new research concerns Conchita Cintron and her bullfighting career. I never thought I would write anything about bullfighting but find Conchita's life story fascinating--hope readers will also.
Posted by Peggy C. at 3:03 PM No comments:

Peggy C.
Fifteen of my middle grade/young adult biographies and fourteen core curriculum history books for elementary students have been published since 2002. I love doing research and am always looking for an unusual piece of information to include in my books. I spend a good part of each week doing volunteer work with my church. I enjoy making school visits and giving presentations about my books to various organizations. I am a PAL member of the Society of Children's Book Writers and Illustrators.