In grateful appreciation for all those who served or are serving in the military and especially for those who paid the ultimate price--their lives.

If you served in World War II, have a family member who did, or just have an interest in our country's history, please consider reading my book, American Hero: The Audie Murphy Story. 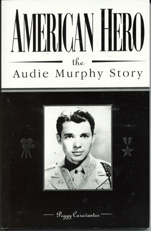 Speaking to Daughters of War of 1812 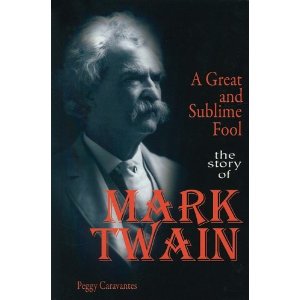 On Tuesday, May 8, I had the privilege of reviewing A Great and Sublime Fool, my book about Mark Twain, for members of the San Antonio chapter of the Daughters of the War of 1812.

Although Twain is not directly connected to the War of 1812, the chapter members enjoy hearing about other periods of history as well. After a wonderful buffet lunch on the 7th floor Petroleum Club, I emphaiszed the "humanness" of Twain by telling stories from his childhood--eight near drownings before he learned to swim, deliberately exposing himself to the measles--an act which almost killed him, and pushing a huge boulder from the top of a mountain are just a few of the anecdotes I shared. I gratefully accepted the book presented to me--a bicentennial production of the Daughters of theAmerican Revolution: The Alamo Heroes and Their Revolutionary Ancestors.
Posted by Peggy C. at 3:45 PM No comments: